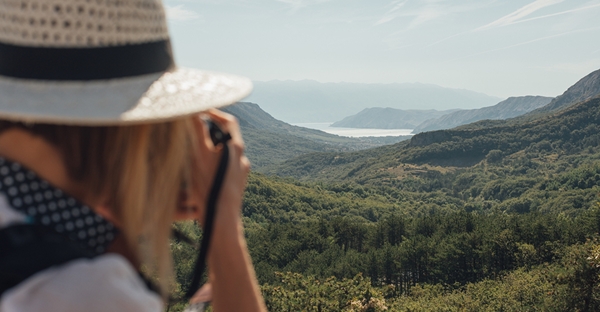 This article over at PetaPixel is giving us some great tips from photographer Ryan Prawiradjaja.

He actually forgot to bring along his wide-angle lens on a trip to the Rocky Mountain National Park, so he was forced to use his 55-200mm lens instead.

You recognize a good photographer by the way he or she is able to make the most of any situation, be it equipment failure or bad weather conditions. Whatever camera gear you have with you, you make it work. It doesn’t matter if it was originally meant to do something else – if there’s a way to use it for another purpose AND get a stunning image, that’s what you do.

So here’s what I did to get a panoramic shot without a tripod:

1. Frame the picture in my mind, so I remember where to start and where to stop

2. Meter at one of the frames, and set everything to manual to fix the settings (aperture, shutter speed, focus, ISO, white balance). This is so that the exposures on each frames are the same

3. Hold the camera close to my body with my elbows squared on my torso, my left hand holding the base of the lens.

4. Start shooting at the center of the frame that I wanted to shoot for, and start spiralling out, pivoting the camera with my left hand as the axis. Basically trying to avoid parallax errors by pivoting as close to the base of the lens as possible. (Using LCD Live View mode is useful here because you want to try to stay as still as possible)

5. Take a picture of the ground or with the lens cap on, so I know when my series of panorama pictures ends

After my trip, I downloaded all the pictures to Lightroom CC and used the built-in stitching tool (Menu bar: Photo > Merge > Panorama). Which is a great tool since I no longer have to rely on third party apps, like Hugin, to stitch my photos. Granted, it’s not as much control as Hugin, but it works pretty well for the most part.

After you’ve combined all the images, you’ll just crop it to get rid of the uneven edges. Then go on with your editing as usual.

You could also apply Lens Corrections to all of the images before you start stitching them together. This will give you even better results.

Read the full article over at PetaPixel.

This is not the way to get the sharpest images.

I’m listening, Danny. I recently purchased a 24-120 Nikon lens and have discovered that shooting wide open, and on a tripod, it is sharpe. But, when shooting at f22-32 it seems to soften a bit. I can sharpen it up in LR, but why should I need to. Is it the lens, the f-stop, or something else? I was once told that 4 stops down is the sharpest to shoot at?
Terry