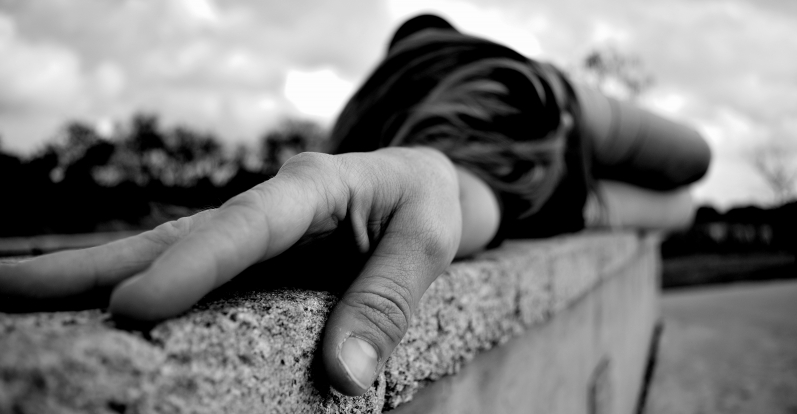 He lives and works in West Palm Beach, and has defeated his social anxiety issues by going out there with his camera, day after day. 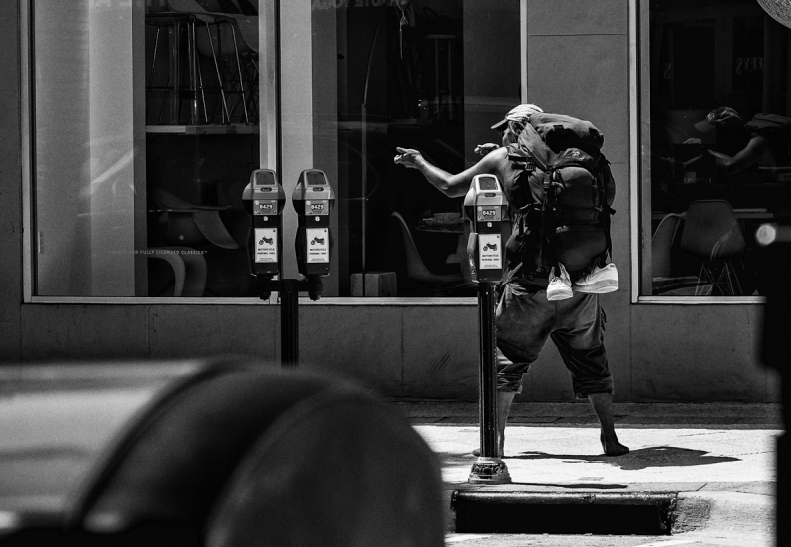 I’ve always loved taking photographs. From my first camera as a child; a Polaroid, to my first professional Nikon about twenty years ago even though I had absolutely no clue how to use it. All those buttons, dials, and the tremendous amount of money spent on developing poorly exposed images.

I’ve also always had anxiety, especially social anxiety. It held me back and ruined many things in my life. It was always there so it was just “normal,” or, “just the way it is.” Sometimes I couldn’t go to the supermarket or festivals, anything with large crowds. Other times, it was so bad that I couldn’t even go to the mailbox until it got dark out. Looking back now at my childhood, I always felt different. Art and music were my main interests so it’s easy to see why I gravitated to the street kids; the skaters, punks, artists, the eccentric. They could be whoever and whatever they wanted and didn’t care what anyone thought of them. I didn’t feel like I belonged with anyone but them. They accepted me for me and I definitely didn’t fit in anywhere else. 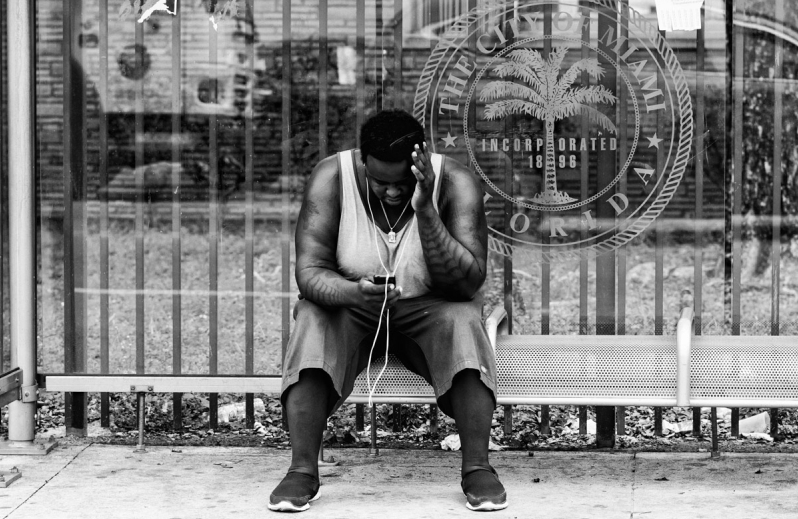 Sometime in early 2015; shortly after my mother died, I started again from an almost fifteen year hiatus in art and the burning desire for photography. So I purchased another professional camera, two actually, and I learned how to use them. I shoot in manual and usually focus in manual as well.

“OK, I’m going out to take some shots.” Sounds easy enough, but no. Anxiety, the bitch that it is, controls you. You start to find reasons and excuses to not go out. It’s cloudy, it’s raining, I have things to do, it’s already getting late, the stars aren’t aligned correctly, what if the earth really is flat, and so many more. “I’ll go tomorrow, I’ll go tomorrow, I’ll go tomorrow…” just settling for whatever pictures I was taking locally. Like I said, I had no clue what direction in photography I wanted to take.

Sweet Jesus, a street photographer with social anxiety, “what do I do now?” I had been to therapists with no real hard results so that wasn’t the answer. These images that I kept seeing online and in publications as well as the images I was starting to see in my head weren’t going to come to me. I had to break free of the chains or else I’d end up eighty years old wondering what life would have been like if I hadn’t.

So, I broke out. Little by little. It took some time for sure. Meeting other photographers online was a huge help and comfort. Everyone is so willing to give advice from camera settings to tips on approaching people. With social anxiety, sometimes a simple task such as just finding a parking space can be an extremely traumatic and exhausting experience and can convince one to just bail out altogether. Sometimes I would go out with other photographers and as much as I love them, I would be lying if I said that they weren’t crutches for me in the beginning. I sometimes wonder if they realize how much they helped me, just by going out for a while and shooting some pictures. I seriously don’t think they have any idea how much they really helped me. They have become cherished friends. One photographer friend of mine said it best, “we are like your photography family” and she couldn’t have said it better because that’s exactly how they feel to me. 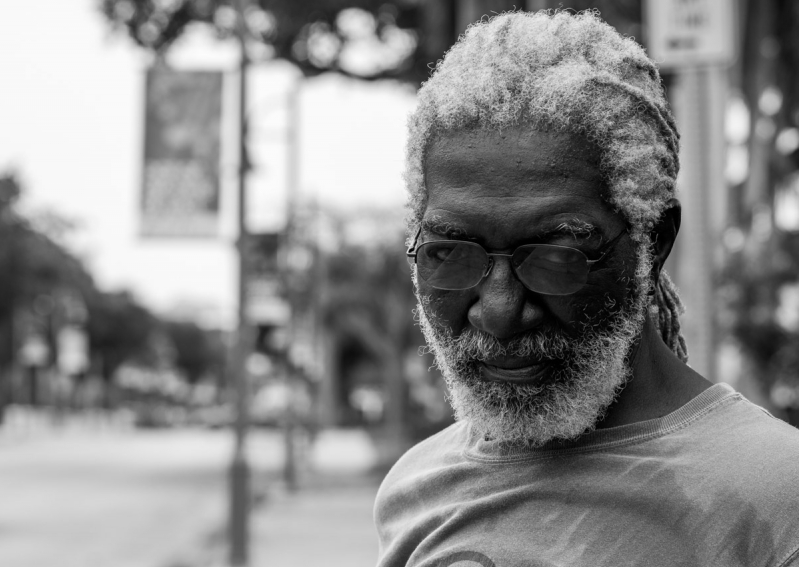 As far as approaching complete strangers; sure I could go through life just taking photos and talking to no one, but for me human interaction is half of the excitement. First it started out of nervousness. I was so nervous that striking up a conversation, saying hello, or simply nodding to strangers on the street after snapping a shot was my way of breaking the nervousness and trying to not seem like that “strange dude.” It was a huge first step and seemed to make people more comfortable. The next step I would have to say was when I started saying, “thank you” and “have a great day” to people after taking their photograph. Their reactions were surprisingly sincere as they would say things like, “you’re welcome” and “you have a good day too.”