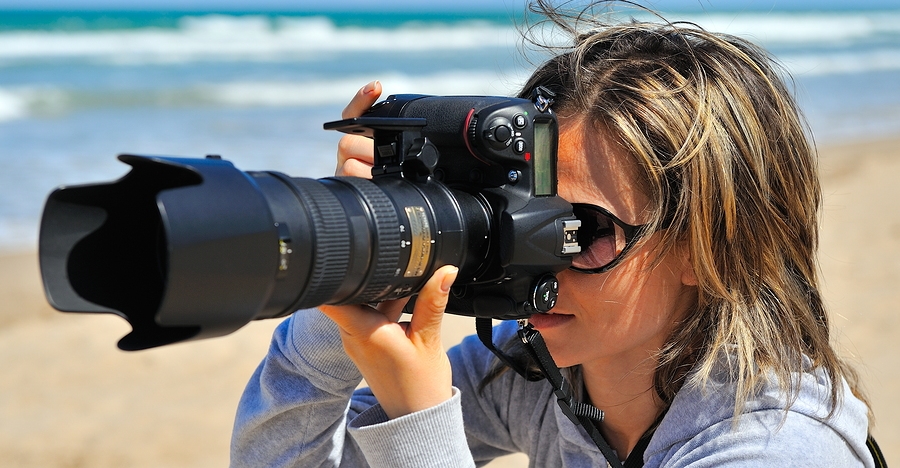 Photographer Destin Sparks writes about these issues in his article over at Light Stalking.

This first one is something I used to do a lot. I’ve agreed to do work that I wasn’t particularly enthusiastic about, and I’ve also worked with extremely challenging clients (and I don’t mean that in a very positive way) even though I had a feeling I should decline their request in the first place. Had I continued making the same mistake over and over again, I probably would have lost interest in photography sooner or later.

1. Professionals Develop A Habit Of Saying “Yes” To Everyone And Everything.

When your endeavors are first building momentum, it’s exciting to see client requests pouring in by the boatload. It’s exhilarating to find yourself telling people all about how busy you are now and realize you’re not exaggerating.

However, it’s also important to know when to say when “no”. Decide where you’re going to draw the line now before things get out of control.

Obviously, you want to avoid overfilling your schedule, but you also want to avoid saying “yes” to projects that really don’t interest you.

It’s perfectly fine to say that you don’t do that sort of work. Don’t feel like a particular client is a good fit for you? Politely decline their request to work together.

This is the case whether or not you think so at the time.

While there’s something to be said for being proud of what you’ve accomplished and being confident in your abilities, it’s important to keep things in perspective. Never stop looking for ways to improve your skills, learn new techniques, and learn from others in the business.

3. Professionals Approach Their Photography The Way They Would Any Other Job.

Over the years, we’re trained to approach the act of earning a living a certain way:

Avoid giving your clients the same absolute control over your projects that a boss would expect.

Yes, they should be involved.
Yes, their input, suggestions, and preferences should be taken into consideration.
Yes, they should be handled with respect and care.
No, you aren’t obligated to indulge their every whim. That may be a great way to do business in other industries, but it’s backward when it comes to the creative arts.

these are all good insights. interestingly, though, when I first saw the headline, I thought, “here’s some techinical stuff I should know about.” That just speaks to how we all can sometimes focus on the technical when downplaing the business of photogrpahy.

Once a new photographer begins to have confidence in their work, and in themselves, they can and will start to respect their own judgement and be able to stand firm against a client, say no to jobs they don’t (won’t) enjoy, and yes, even continue to learn and improve.

Just shoot! Work is work. And of course, don’t accept it if you don’t want the work. If it doesn’t interest you, you should not be doing it. Even for the money. There are a lot of other businesses you can do to be in business. Photographing should lead you to more photographing. If it doesn’t? Then you don’t have a career. You have a hobby.

I have been studying photography for about 50 years and learn new things all the time. I started when I was about 7 years old with a brownie reflex and graduated to a Kodak Pony. I’ve sold equipment and trained photographers , I’ve even outfitted people to go on photo safari’s in Africa and to photograph solar eclipses. The most thrilling part for me is learning something new and then teaching it to someone else. When I took my first computer class in 1970, I asked my teacher how can I put a picture in a computer. He told me that wasn’t computers were for, they were for doing complicated math formulas. I wish I could send him a link.

I refused to do any more wedding work 30 yrs. ago When everybody’s uncles and in-laws were bringing their damn video cameras getting in front of me, just when I had the best church pose I could get! 15 people In the party, I just kept shooting because I new I would get easy candid shots at the reception, successfully! That, and everybody thinks the photographer needs to accept the multitudes of drinks they tell the barkeeps to get the photographer one “on me”! Woof.

My friend in D.C. makes the Bride and Groom to sign paperwork that somehow states that their family and friends will not be allowed to take pictures during the ceremony, as they have hired a professional to take the pictures. It is hard to shoot through Uncle Bob and Aunt Sandra when they are standing up in front of you with their iPad!

A long time ago I learned to do business as described in the article.