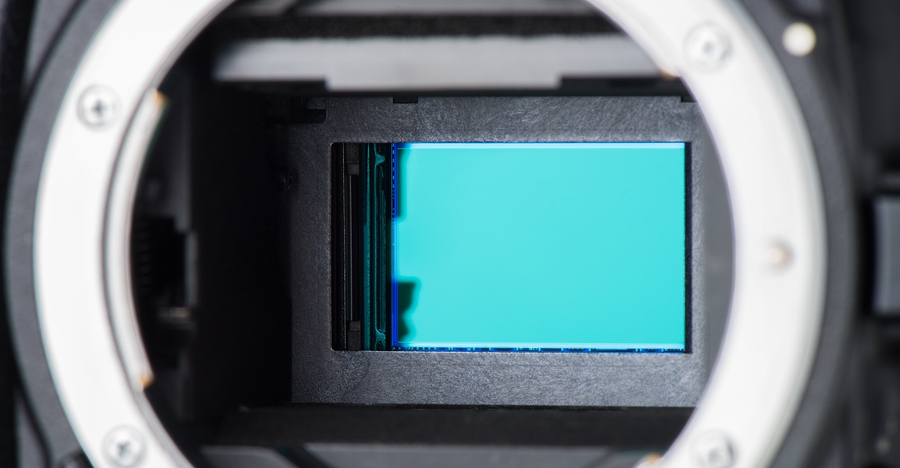 Alternatively, most high end DSLR’s are what’s known as full frame cameras. There are advantages and disadvantages to using both. So depending on the job the more expensive camera is not always the best solution.

If you’re a beginning photographer hopefully reading this article what help you wrap your head around what the best jobs are for each type of camera body.

Please keep in mind that this article was written for beginners, so many of the terms and explanations are over-simplified.

Before digital, 35mm film was a reference format due to its mass adoption and popularity. If one used a 50mm lens on an SLR film camera, everyone knew exactly what it looked like in terms of field of view and the resulting image, so understanding and discussing different lenses and focal lengths was easy. Due to technological challenges and high manufacturing costs, making digital camera sensor sizes that matched the size of 35mm film was impractical, so camera manufacturers started out with smaller sensors in digital SLR cameras. Allowing for smooth transition from film to digital meant keeping the camera mounts and lenses the same, so that those who were already invested in a camera system could simply replace their film camera bodies without having to worry about repurchasing lenses and accessories.

But using a smaller sensor than 35mm film created a new problem – both field of view and captured images appeared narrower, because the corners of the image frame were getting “cropped”, or chopped off.

Lenses project a circular image (usually referred to as “image circle”), but the sensor only records a rectangular portion of the scene – the rest of the image is thrown away. If the sensor covers the full area of the image circle, it is called a “full-frame sensor” and if it covers a smaller portion that throws away or crops part of the image, it is called a “crop sensor”. Full-frame sensors have the same physical size as 35mm film (36mm x 24mm), while crop sensors are smaller and can vary in size depending on the system and manufacturer. Here is a great illustration of various sensor sizes, courtesy of Wikipedia:

A good analogy to understand this effect is using a real photograph. If you take an 8×10 photograph and use scissors to cut out the edges of the photo to make it an 6×8, you are essentially doing the same thing as a crop sensor. However, there is one caveat here – sensor resolution, which can make the image appear more magnified. Don’t worry about this for now, as I will explain this in more detail further down below.

What is Crop Factor?

Now that you know what happens to the field of view and the resulting image when using cameras with different sensor sizes, let’s talk about the crop factor. What is it and what does it do? To make it easier for photographers to understand what the field of view of a lens will look like when compared to a 35mm film or full-frame camera, manufacturers came up with an easy way to calculate the “equivalent” focal length of a lens. Since the corners of the image are cropped and thrown away, a wide angle lens is obviously not as wide anymore, while a telephoto lens makes things appear closer. “Crop factor” is the ratio of the sensor size to 35mm / full-frame. You take the provided crop factor number, multiply it with the focal length of the lens and you get the equivalent focal length relative to 35mm film / full-frame.

For example, Nikon’s “DX” cameras have a crop factor of 1.5x, so if you take a 24mm wide angle lens and multiply it by this number, the result is 36mm. This basically means that the 24mm lens on the crop sensor DX camera would behave more like a 36mm lens on a full-frame camera in terms of field of view. In essence, if you mounted a 24mm lens on this crop sensor camera, then mounted a 36mm lens on a full-frame camera, put them side by side and took pictures of the same subject at the same distance, both would yield very similar field of view. However, this does not mean that the resulting images would look identical – changing focal length or camera to subject distance can have a drastic effect on perspective, depth of field and background blur, but that’s another topic that we are not yet ready to discuss.

Here is a sample list of current cameras that have different crop factors:

Read the full article over at Photography Life

The best article I have read on this.