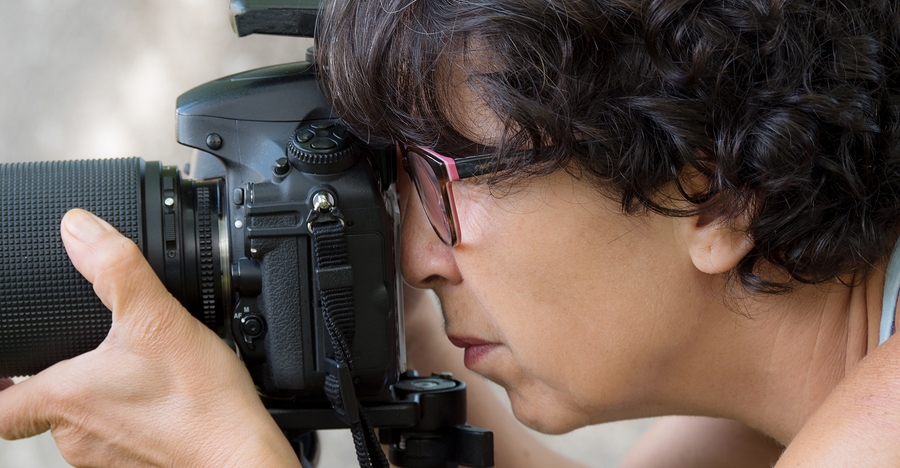 However, constructive criticism is the key to improvement.

Sometimes that constructive criticism is best received when we give it to ourselves. Take a look at this list of 10 common mistakes that are routinely made by new photographers. Make note of which ones you are making so that you can use this list as a guide for improvement in the future.

1. Colors are too strong or unrealistic

There is a common tendency of newer photographers to try to make their photographs look like paintings. This can be done well, but the way I usually see it done is where people raise the saturation slider way too far. It may make the colors stand out more on a monitor and be more noticeable as a thumbnail in Facebook, but it just makes the image look fake. In a print, the colors will end up even more extreme than they do on a monitor. When you print images with natural and subtle colors those colors will look incredible and much stronger than you think. This look can sometimes be hard to notice on the monitor.

Instead of raising the saturation slider, find images where the natural colors in the scene are already strong. Find a subject that is a bright color surrounded by muted tones. Shoot at the golden hour to let the colors naturally gain strength. Instead of raising the saturation slider if you want the image to feel like a painting, overlay a specific color onto the image. Or try creating a moody image with subtle and natural color, print it out, put it on your wall, and shine some light on it and you will see how powerful that subtle color can be. That can feel like a painting too.

2. Shots are not sharp enough

Intensional blur can be gorgeous, but to be a good photographer you need to have control of your sharpness. If you are doing a portrait, the focus point should be on the eyes. The eyes need to be the sharpest part of your image, not the nose or the ear. Also, pay attention to back focus in certain situations. This is where the camera’s focus will miss what you are aiming at and instead focus on the background behind it.

3. The composition is off

If you are Garry Winogrand then you can skew your images purposely for that energetic effect. However, I notice many photographers struggle to get their images straight. Look through the viewfinder and find a frame of reference to straighten your image. Maybe it’s a lamp post or a sidewalk or a tree. Pay attention to when the camera might be slightly lower on the left or right side. Often it will be the same side consistently for you and it’s just a tendency that has to be unlearned. Some people don’t even notice that their images are very slightly skewed when editing. Noticing and fixing the slight skew (crooked) can make a huge difference.

The other thing I notice is that a lot of photographers don’t pay attention to their edges. Put things in the edges of your frames when possible to keep a viewer’s eyes from moving off the print. This could be a tree branch, a fire escape, a building, anything. Cut off a part of an element and place it in the corner to help keep the eyes in the frame. Look at the right edge of the image above. It makes a big difference.

Robert Capa once said it all, “If your photos aren’t good enough, you’re not close enough.” Don’t hover from far away like a sniper. Get in there close, and get in there with a wider angle lens. This can work for portraits, landscapes, or any type of photography. Sometimes it is best to get closer and capture what is most important, large in the frame.

5. Contrast, exposure, black and white levels are off

The overall tones in your image are vital and you need to get good at working with the contrast, exposure, black levels, and highlights. Always try to get the exposure as close to perfect as you can in the camera. I know you can fix it later and often you can do it well, but it’s just not the same as getting it right in the camera. Also think about whether your images might be too dark or too light.

Yes, we all make mistakes, so what?

No one is perfect

11. BACK GROUND. I find many people don’t pay attention to the back grounds. This was easy to see at a local park where pre-prom pictures were being taken. Half shadow half sun doesn’t make a good picture . Or nice shots of couples but some one standing in the back ground..