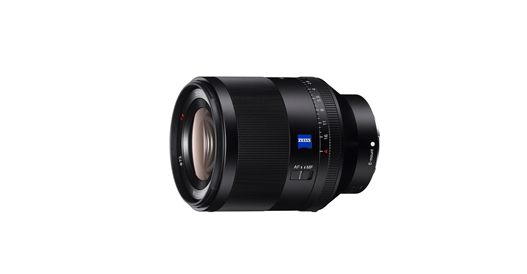 Professional photographer Ryan Mense had a chance to take the Sony FE 50mm f/1.4 ZA out for a test shoot.

While he was only using it for a day he was pretty impressed by the quality of the images this lens produces with Sony a7R II. This is what Ryan had to say about the new prime lens.

With an 11-bladed aperture, the lens is able to attain some really beautiful, all-important bokeh. Also, by utilizing a Planar design for the glass, sharpness is held from the center of the frame to the corner and there’s minimal distortion.

Moviemakers will benefit from the lens’ ring-drive SSM autofocus system which operates at near silence as well as the manual aperture ring and the ability to de-click it for seamless transitions through f-stops. Of course you can always set the aperture ring to “A” for on-camera control. In addition to the on/off switch for aperture clicks, there’s also a AF/MF focus mode switch present.

The tight-ribbed focus ring is very much like a Zeiss lens, and unlike the FE 35mm f/1.4 ZA there is now ribbing around the entire aperture ring so you can always feel where you are on the lens without looking. The matte black finish looks right at home on Sony a7II-series cameras just as you would expect.

I noticed very little to no chromatic aberrations or flaring while shooting with the 50mm f/1.4 in a number of lighting scenarios, from flash photography to high-contrast scenes outdoors when the sun was low. The lens construction with ED and AA glass elements and T* coating really do an outstanding job at controlling any negative effects that could harm image quality. The contrast you get from this lens is also up to par with expectations of a Zeiss.

Paired with the flagship Sony a7R II camera, image quality is excellent from what I see. Again, I only used the lens for a day at this point but it does produce clear, sharp images and there’s no reason to shy away from inspecting photos at full resolution. I also have to say that the out of focus areas that the 50mm f/1.4 produces are really clean. Combine the 11-bladed aperture with a shallow depth of field and you are really cooking.