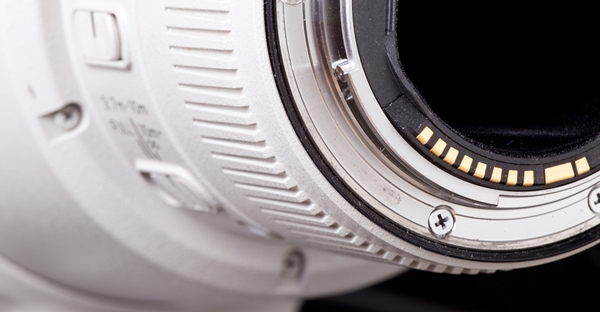 Professors and astronomers Pieter van Dokkum and Roberto Abraham were looking to create a small side project and it turned out a masterpiece.

Van Dokkum is an enthusiastic insect photographer, so he was aware of the new lens coating technology Canon was using for the 400mm f/2.8L II-lens. These lenses were designed to prevent light scattering, so van Dokkum thought they might be suitable for astrophotography as well.

Abraham was hesitant at first, but when they took one for a test, they were both convinced this might be possible.

They brought graduate students on board and acquired more and more lenses—not an easy task, at $12,000 a pop—eventually gathering 48 of them, and arranged them in an ever-growing honeycomb shape to form what can rightly be called a telescope. They named it Dragonfly.

In 2014, both van Dokkum and Abraham were at a conference in Oxford when van Dokkum examined an image that had come in from Dragonfly. (At the time, it had just eight lenses.) It was an image of the Coma Cluster, one of the most photographed galaxy clusters in the universe, and it was dotted with faint smudges that didn’t match any objects in Coma Cluster catalogs.

Van Dokkum realized these smudges were galaxies, and that they were huge, despite their hazy light. They repeated their observations using the Keck telescope, which enabled them to calculate the velocities of the stars inside their mysterious galaxies. One was measured at 50 kilometers per second, 10 times the speed the galaxy should be moving based on the mass of its stars alone.

“We realized that for these extremely tenuous objects to survive as galaxies and not be ripped apart by their movement through space and interactions with other galaxies, there must be much more than meets the eye,” van Dokkum says.

The galaxy, dubbed Dragonfly 44, has less than 1 percent as many stars as the Milky Way, and yet it has to be just as massive. That means that the vast majority of its matter is not the matter that makes up stars and planets and people—everything we can see—but dark matter, which seems to interact with regular matter through gravity alone.

Read the full article over at Symmetry Magazine.