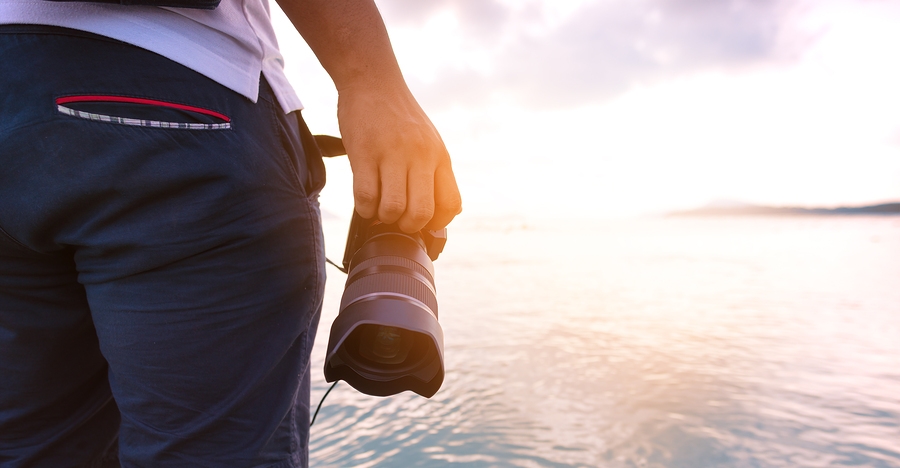 You may not even have thought of some of these – believe me, they are worth considering the next time you go out for a photoshoot!

Although it’s okay to break the rules every now and then, I do think most of these should be avoided in any situation. Let me know if you disagree…

Most of us are guilty of walking around straight and forcing eye-level perspective in every shot. If you photograph children or pets, get down on your knees or lay down to get a much better, more natural perspective. Shooting subjects from above is rarely appealing, because you are most likely including the unattractive floor / ground and other objects in the background that should not be in your shot. Change your perspective more often and be creative with how you present your subject.

Although sharp photos are not an absolute requirement in portrait photography, you will rarely see magazines and online publications publish photos that are blurry due to bad focus and camera shake. There is a clear difference between intentional blur and blur due to photographer’s error. I have seen many examples of portrait and wedding photographers resorting to black and white conversion when they capture an important photo that they could not capture properly. Why black and white? Because it makes the photo appear like old B&W film photos, which were often blurry, due to technical limitations of camera gear in the past. Hence, such black and white conversion technique is used to hide mistakes. While I personally love beautiful black and white photos, seeing a large number of badly focused photos converted to black and white just tells me that either the photographer has no idea how to properly focus, or has technical problems with their gear. If you find yourself resorting to such conversions too often, perhaps it is time to learn how to use those autofocus modes. And if your gear is malfunctioning, it might be time to get it properly serviced and calibrated.

When I look at most HDR photos, I sometimes wish that HDR was never invented in the first place. HDR is a great technology, but people overuse and over-abuse it too often. Sadly, most HDR photographs appear plain ugly, with photographers trying to pull something special from a failed photo. There is now even a term for such ugly photographs: Grunge HDR – the ugliest thing of the modern photography world. No shadows whatsoever, flat, ugly and over-saturated images. Yuk.

Lack of Composition and Balance

Many of us, including myself, suffer from composition and framing problems. While we are still working on adding more articles on composition and framing, I would recommend to read up on composition from other sources and books. Studying art will give you plenty of education on composition and as you take more pictures and look for better light opportunities, you will learn how to achieve proper visual and color balance in your photographs. Don’t just blindly follow composition “rules” – there are exceptions to every rule. Yes, placing a subject in the middle of the frame rarely works, but it does not mean that you should be avoiding center placement in every photograph just to be in line with the “rule of thirds”.

The “Spray and Pray” Mentality

Sadly, digital photography created the “spray and pray” mentality among many photographers, where one takes thousands of pictures, hoping that one of them will turn out to be a Pulitzer prize winner. Those fast frames per second and continuous AF-C modes in modern cameras are not created for the trigger happy photographers that will shoot anything and everything given the chance. They are there for special occasions, such as photographing subjects in motion. Unless you are a sports, wildlife or action photographer, stay away from shooting continuously and focus on capturing unique moments instead. Before you squeeze that shutter release button, pause for a second. Think about what you are about to photograph. Focus on framing, composition, visual balance, background, surroundings and your subject. Don’t take a picture “just in case” and learn to slow down and pre-visualize your shot instead.

Read about 11 more mistakes over at Photography Life.