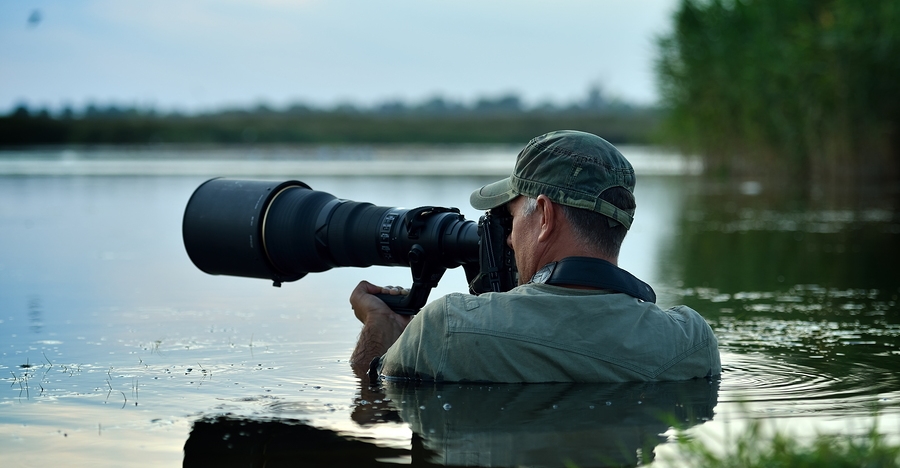 I live in an area that’s pretty ideal for wildlife photography so I have sort of accidentally found myself trying to capture these wonders of nature.

The most dangerous encountering I’ve had (so far) was when a moose charged at me in the forest. Fortunately it was just trying to scare me and stopped before anything bad happened, but it was a good reminder that wildlife photography is not for the faint hearted. Ryan Mense over at Fstoppers has listed some pretty accurate reasons why wildlife photographers are a little crazy!

Wildlife Can Be Dangerous

Photographing wildlife works against basic human instinct sometimes. Smart Brain: “Maybe you should be going in the opposite direction of the big, scary animal with sharp teeth?” Crazy You: “But my composition!” Getting a photo with a mama grizzly and her cubs is probably going to be an epic image that will hang on your wall, we all know this, but it really comes at a price of endangering all creatures involved if not careful. Wildlife photographers always need to remain conscious of everything they are doing in order to avoid escalating any risks of danger.

No Control Over Subject

While portraiture experience can certainly help in crossing over to wildlife photography, the biggest distinction is going to be in the ability to command your subject. There’s no real control over what your wildlife subject is doing, and even after many years of observing an animal, it’s hard to accurately predict what they are going to do next to prepare. It can be so insanely frustrating when after all the time spent preparing for one shot, all that’s needed is for the animal to face the other direction for lighting — and they just sit there… and they sit there… and eventually they leave in the wrong direction for the camera. You really have to have a love for simply viewing these animals to just let things like that go even if they seem to happen all the time. Never forget your lucky penny at home.

There’s a physical toll to carrying all that equipment while backpacking to remote areas. Furthermore, there’s the sleeping in tents, loss of sleep to getting up way too early, the chance of being stranded or injured if something goes wrong in the wilderness, insect-borne diseases picked up in the field, and of course all the stress that goes into getting a single quality photograph.

As it was just mentioned, wildlife shooters are going to be away from people for many expeditions. Certain people can handle this better than others, but it can still be a struggle for everyone. Even if one has a travel companion, it’s not like they can just set up camp and chat freely while still expecting a scene to unravel. There are going to be extended periods of time where it’s just a human and their thoughts, so don’t be surprised when “What the hell am I doing?” pops in there every now and then.

To be more specific, good photo opportunities are rare. Think of how rare it is to get excellent natural lighting in a strong composition, and now think of how rare it is to see wildlife doing something peculiar or having a photogenic pose. Now put those together and we have just about the mother of rare photographic events. This is not even to mention the keeper and throwaway ratio of images we shoot, even when everything in front of the camera is coming together. It’s hard to even imagine how much pressure one would have felt in the manual-focus film days. It can take wildlife photographers a very long time to achieve something they are happy with, and still the thirst for one-upping it remains.