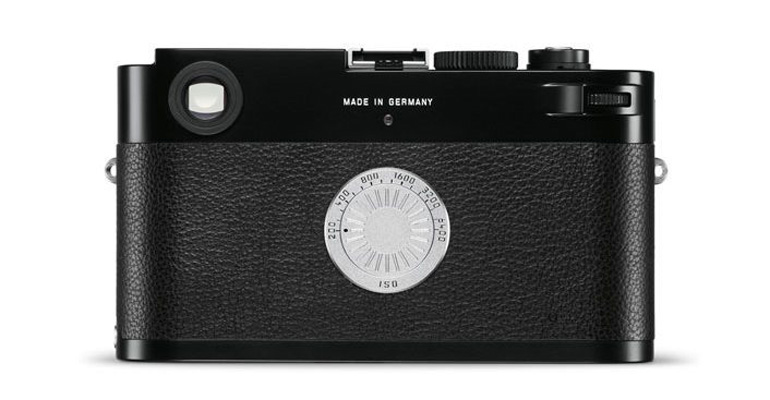 There is a debate over the pros and cons of the Leica M-D.

It doesn’t really matter which side you’re on. We found an interesting article by Sean Molin over at Fstoppers; he explains why this seemingly crazy idea of a screenless camera may not be that insane after all.

While the constant eye-rolls in the direction of Leica are usually in regards to sky-high prices or other minor design decisions, this time, there’s something truly worth talking about. The M-D is completely lacking an essential element of all digital cameras: the screen. It’s bold, it’s beautiful, and it was the perfect move for Leica.

I’m not going to pretend a screenless camera is for everyone, and fortunately, Leica is still committed to producing cameras with screens. I would probably not ever suggest any “normal” digital camera go without a screen. I’m also not going to pretend that rangefinders are for everyone; they’re most certainly not. But a screenless rangefinder does actually make sense. Remember, these are already extremely stripped down cameras that have few features that necessitate a screen or even options. Remember that rangefinders, even digital ones, are still built on the same premise and ideals of film photography. They harken back to a more deliberate and focused style of shooting. And let’s be honest, there is a joy in delayed gratification. Until I began shooting film again a few years ago, I had almost totally forgotten the feeling of sitting down and looking at my images well after shooting. It’s not only exciting, but it puts you in a different sort of head space for the next time you go out to photograph the world.

Removing the screen from the Leica M is not as crazy and insane as one might initially think — at least not for Leica. And I’m not letting them off the hook just because they’re Leica. I’m giving them the pass because of the rangefinder, because rangefinder cameras foster a different way of photographing the world and thus attract a kind of photographer that embraces those differences. Rangefinders have always been about “pure photography,” with as little getting between the camera and the subject as possible. This is exemplified by the total lack of most electronic, motorized, and automatic features that SLR users have taken for granted for nearly the past half-century. In fact, only one company on the planet even makes digital rangefinders, and that company is Leica. They’re even still making film versions to this day!

What really defines the rangefinder experience, though, is the viewfinder. With an SLR, what you see is what you get. Between the exacting frame coverage and real-time focus and depth of field previewing, single lens reflex cameras “suffer” from tunnel vision. Framing through an SLR’s viewfinder really pushes you to focus on individual points and subjects in the frame as opposed to the scene as a whole. In contrast, rangefinders show you the world in deep focus. Not only do you see what’s going to be captured by the camera via the framelines, you can see what’s outside of it as well. Waiting for and timing the perfect scene to come into view is so much easier when you can see outside the frame, and this is why so many street photographers swear by the Leica M. The deep depth allows you to focus on the content of the composition without being distracted or burdened by focus and bokeh.