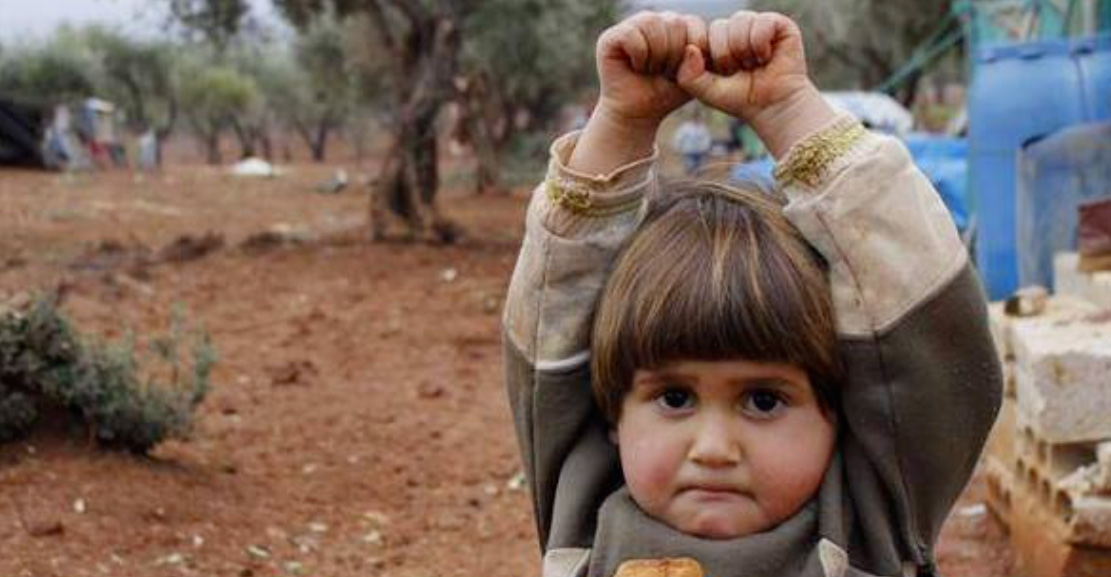 This is a very sad story of the capturing of one incredible image. I read this article by Michael Zhang over at Petapixel. Being a father myself it’s definitely a tear jerker. Currently this image is going viral across the internet.This image was captured by Turkish photojournalist Osman Sağırlı. The tweet going viral was tweeted by photo journalist Nadia AbuShaban. You can see her tweet below.

It’s a portrait of a young Syrian girl he encountered back in 2014, who mistook his telephoto lens for a weapon and instinctively threw up her hands in surrender.

Sağırlı tells the BBC that the photo shows a girl named Hudea who was four years old when he met her in a refugee camp in Syria in December 2014. “I was using a telephoto lens, and she thought it was a weapon,” Sağırlı is quoted as saying

The photograph was first published in a Turkish newspaper back in January. Although it went viral in Turkey at the time, it took several months for the powerful image to make its way around the world.

You can read the original story over at PetaPixel