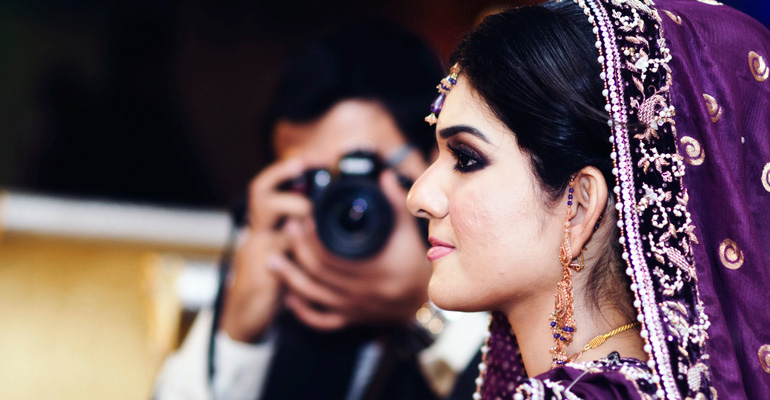 I just read an article over PetaPixel about beginners asking the wrong questions. The author suggested that by simply asking the right questions amateurs could dramatically improve their photography.

I’d have to say that I agree. Especially the point that is made about camera settings. It seems like every course where you see a guru talking pictures they are taking that they always volunteer the camera settings.

Don’t: “What were your settings for this shot?”

Settings are useless. Stop asking about settings. They are completely irrelevant. Imagine going to a restaurant and having this conversation with the chef:

You: “Wow, what a fantastic meal!”
Chef: “Why, thank you!”
You: “Can you tell me what the oven was set to?”
Chef: “Um…I’m sorry, did you mean for the prime rib? Or the roasted asparagus. Or the soufflé…”
You: “Just the soufflé. I really liked it, I’d like to make it at home. What was the oven set to for the soufflé?”
Chef: “That was at a temperature of 350 degrees.”
You: “Great! Thank you!”

Later you return home and attempt to make a soufflé, without a recipe, without knowing how long to leave it in the oven or how long to let it rest, causing you to become horribly frustrated with your inability to produce the same result.
Sound a little familiar? It’s the same thing with photography. Camera settings are incredibly specific to the situation. A shutter speed of 1/50, ISO 2000 at an aperture of 2.8 might make perfect sense for a still life shot at a wedding in a candlelit church, but as soon as the light barely changes (someone opens a door, or a cloud rolls by), an adjustment needs to be made and the settings need to be changed. If you’re trying to freeze movement you’ve got to have that shutter speed turned up. Increase your depth of field by stopping down your aperture. Every situation is different.

Instead: “What was the process for this shot?”

Instead of asking for the oven temp, ask for the recipe! What was their process for achieving this shot? How did they set it up? What look did they want to achieve and how did they think through everything they needed to do? Now instead of rattling off “1/200, ISO 100, f1.8,” they can tell you they were looking for a smooth bokeh background, so they shot with a wide aperture for the shallow depth of field. They’ll explain how the room was crazy bright, so they had to crank their shutter speed to combat some of the light, then they placed their client in just the right place where the light happened to be reflecting from a mirror behind them, giving their hair that perfect rim light they were looking for. See how that works? Now we’re getting somewhere.

Don’t: “What kind of camera do you have?”

Asking what kind of camera another photographer uses does nothing for your development. What useful information can I possibly answer that question with? I shoot a Canon 5D Mark II. Great. Is that what you wanted? To see me hold something and now know its technical name? Does that mean anything different to you than if I would’ve answered with Nikon D600 or a Leica M-P (Typ 240)? Probably not. Best case scenario I’ve barely given you something to Google when you get home, provided you can even spell out my answer correctly. That’s not snark or sarcasm either, that’s just an example from personal experience. The first time I asked a photographer what they shot, I didn’t understand the words “Canon 5d Mark II.” I thought she said something like “Canon ID Markadoo.” I went home and entered horribly misspelled words into the search bar until Google finally said, “Dude, give it up! The Markadoo isn’t coming out any time soon, why don’t you just take a look at a Mark II instead?”

Instead: “Why do you prefer that camera over others?”

However, asking a photographer why they prefer that specific camera can give you boatloads of information, and get them to open up. In my case, I need a decent full-frame camera, compatible with a large majority of lens types that’s in my price range. I also prefer Canon’s menu system to that of Nikon or Sony; it’s just easier for me to understand for some reason. There are countless other reasons I’ve decided to make this my go-to camera, many of them completely insignificant (I love the way the shutter sounds), and if you ask me about it I’ll talk your ear off. I’ll mention that while I’m using this camera for this particular shoot, I’m also currently building a film franken-camera in my basement, and it’s this close to being useable. I’ll also list off everything I’m looking forward to in the Mark III and how I may or may not be contemplating taking out a second mortgage as soon as the Mark IV is released. You want to talk gear? This is how you break the ice.

When Canon announced its 18Mp 1Dx last fall, it only
upped the resolution over the1D Mark IV by 2Mp. While you’re
learning the basics of photography, a basic digital SLR camera is ideal.

For one half the cost you can find a equivalent eos (5D
Mark II), and for slightly less, you can find an obviously better dslr (1D
Mark IV).