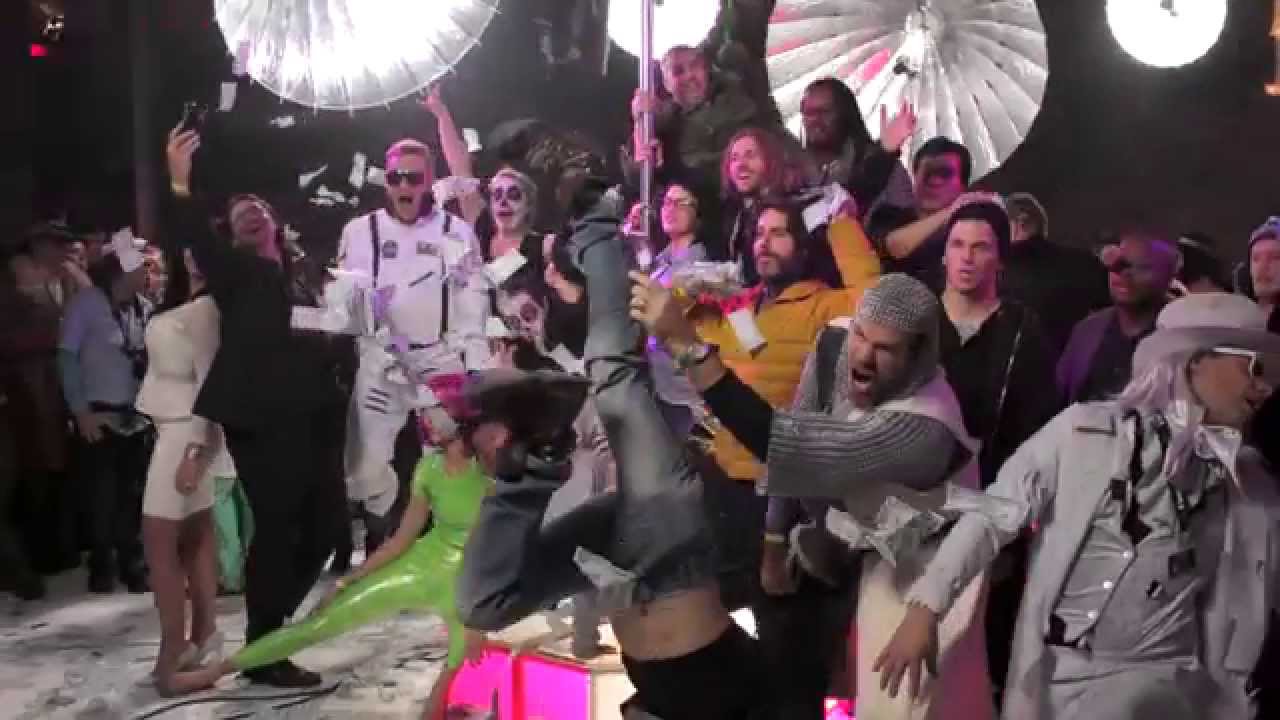 You may have seen bullet time photographic videos already. I know some of my favorites are at surfing competitions where they set up a bullet time GoPro rig. This year at the end of the PhotoPlus Expo 2014 Scheimpflüg a New York City camera equipment rental house held their sixth annual Halloween party.

There they unveiled their bullet time photo booth.

Scheimpflüg is New York’s premier rental house based in Hell’s Kitchen specializing in cameras, lighting, grip, and trucks for the motion and photographic industries. They created their 360º setup to create an environment to have the absolute, MOST fun possible with a photo booth, and having witnessed it personally…they nailed it!

The current system starts with 60 Canon Rebels to give about a 180º coverage and expands to WELL over 100 cameras for a full 360º spin! Depending on your preference, they can run Canon, Nikon, and several other models of cameras available to accommodate you, however, the older versions of the camera bodies tend to work better & faster for on site needs. You can also see from the images and the Setup video, that a LOT of lighting is needed to pull these images off! The system is nearly entirely custom built, from the triggering system, (which even allows you to create a ramped up continuous shots!), the AC power running the whole setup, a custom built power pc tower with raided NAS for storing the AT LEAST 300meg per image sequence (3-4 times that in RAW), to the proprietary software they’ve developed to give you nearly instant rendering on site of your images! It’s pretty easy to create some really unique and fun images with this system, and with the right planning, you could even shoot your own “Matrix” sequences!

Read The Rest At Fstoppers

GO TO THE NEXT PAGE TO SEE VIDEO